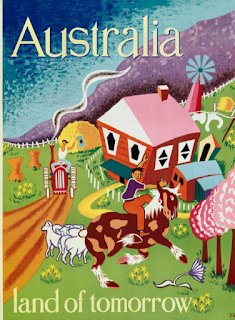 Lets be honest here. When we procrastinate promising ourselves that we will start guitar tomorrow the odds are we will just find another excuse tomorrow. We are all busy these days and time is our most precious commodity. Well so we tell ourselves. If time is so precious why does the average household watch more than 6 hours of TV a day? How is it possible for so many people to clock up ridiculous amounts of time on playing video games or to post hundreds of times per week in Facebook. Is time really the issue?

I don't think so.
As a guitar teacher time or lack of it has been the number one reason students use when they don't do enough practice. I would often catch kids out by asking them to raise their hand if they saw that funny episode this week of The Simpsons where Homer does.... Is it a coincidence that those hands tend to belong to the same kids who didn't have enough time to practice. Now adults are no better. In fact children learn from the adults around them. Think about how many times a day you say that you don't have enough hours in the day. What's worse is you probably believe it. Learning guitar is not difficult.  It just requires a simple strategy and here it is.

Strategy for guitar success.
1. Reserve a time each day (same time) to practice.
2. Find a teacher and book in for weekly lessons. (A teacher will increase your chances of success).
3. Follow your teacher's instructions and spend 30 minutes doing quality practice each day.
That's it!

No more excuses.
Stop making the excuses and just do it. It really is that simple. The great thing about guitar is it gets easier the longer you do it. I don't just mean playing guitar but the habit of practice. The key is be consistent. Don't miss a day's practice and it will become part of your everyday within a few months.


For a structured proven method of learning guitar visit www.g4guitarmethod.com
Posted by Guitar Teacher 2019 at 4:27 PM No comments:

Why we need guitar heroes


It's easy to be cynical of idol worshipping. When we see the inside of a teenager's bedroom covered wall to wall with posters of their favorite pop/rock stars we laugh and think its silly or a complete waste of time and money and in some cases may even seem obsessive. Some people spend their last dollar on a concert ticket or a new song or memorabilia from their idol. I recall seeing the most expensive guitar ever sold was not the best guitar ever made but was in fact Jimi Hendrix's. No doubt purchased by a fan. Some people will lined up for days sleeping on the street to get front row seats at a concert. At times it does border on crazy but there is definitely a positive side to idol worshipping.

We all need heroes

Many successful musicians are themselves the result of idol worshipping. My own passion for guitar started from idolizing bands like The Beatles, Led Zeppelin, Van Halen, AC/DC and Pink Floyd. In fact I think having such music idols is one of the key ingredients to long term success. As guitarists our heroes keep us going through the tough times. There were certainly many times early on I thought it was all too hard but it only took a small dose of one of my heroes in the form of a record, video or live concert to get me back on track.

Our heroes play a vital role and should never be underestimated. In nearly every in depth interview I have seen with successful musicians they quote someone as being their idol. For The Beatles it was Elvis, for Eric Clapton, Angus Young, Keith Richards it was Chuck Berry and on it goes. So if you ever question your reason for playing guitar you might want to look at who your heroes are. If the motivation to practice is low you may need to ramp it up a little by seeking out a hero or two.

The benefits of Music - The Swiss Study.

The benefits of learning music are well documented. Children who learn music often do better in many subjects such as maths and languages but also in other areas.


In Switzerland they conducted a study where 1200 children in more than 50 classes proved scientifically that playing music does improve a child's reading and verbal skills through improving concentration, memory and self expression. The control group who replaced three curriculum classes (math, science, language) for 3 music classes per week were found to improve their speech and reading skills with greater ease compared to other students.


For more examples on this topic checkout the Kidspot article.

Is taking a break from Guitar a good idea? 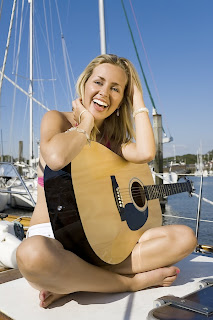 I will be the first to say that taking holidays are great and are arguably an important part of life. Holidays are essentially about taking a break from your everyday life to recharge. Holidays give our bodies and brains a chance to consolidate and can even act like markers that indicate the start and end points. Stepping out of the picture also allows us to see things from a different perspective. Our bodies require around 7 to 9 hours a day of sleep. Sleep deprivation can lead to poor concentration, a lowered immune system and in extreme cases death. Holidays and breaks should be viewed in a similar light. To work constantly and never take breaks may actually be counterproductive and even damaging to your health.

So what about guitar?

If you practice guitar 6 hours a day 7 days a week a break is advisable but my guess is most students reading this blog do a lot less. Taking a break from guitar if you are not a serious professional with a heavy schedule is really unnecessary. School children I find will get to December and declare 'Schools out' and suddenly everything and anything that seems like study gets shelved for 2 months including the guitar.  Over the years I have received many calls from parents in early December wishing me a happy holiday and announcing they will give me a call in February to re-enroll their child for guitar lessons. This is a big mistake. As I said above I believe holidays to be important but 2 months is akin to giving up especially for the beginner student.

Long breaks dramatically increase your chances of giving up

The hardest time for guitar students is the first 6 to 12 months. Over 50% of students who stop lessons for more than a few weeks will never return to lessons. Even when a student returns after 2 months the feeling that their fingers can no longer perform the same tasks as the previous year is often enough for the student to throw in the towel. No one likes to go backwards. Imagine for a minute that you were building your own home and it was about half finished when you decided to take a few months off. On your return two months later you found nothing but the foundations. We humans don't like going over old ground. Seeing all our hard work diminished often leads us to seriously contemplate giving up.

Talk to your teacher

If you will be away for any period of time I strongly advise talking to your teacher about how to work around your holiday. If you are going to be traveling and taking a guitar is impossible than its time to use your imagination. In fact in one study they compared two group of beginner students learning piano. The first group did their practice as you would expect on a piano. The second group just imagined a piano and went through the exercises in their head. They found that at the end of the experiment both groups had similar levels of development. What this study set out to prove was that the brain cannot tell the difference between the imagined stimuli and real stimuli. This means that if you spent 30 minutes a day going through your practice in your head it will keep you moving forward and at the very least will reduce the negative effects of a long break.


I strongly urge you to keep up the practice and the lessons through out the year and only take short breaks if necessary. Guitar unlike work or school rarely needs a holiday except if you are a working guitarist or student who practices 4 or more hours a day. For the rest breaks of more than 2 weeks are unnecessary.