Should you look at your fingers when playing guitar?

The answer is both yes and no. The goal is to be able to play guitar without looking at your hands. Relying on your eyes to guide you will put you at a significant advantage which I will explain. The only time you will want to look at your hands is when you are first learning to ensure your technique is correct. Look at your hands as you place them on the neck or learn to pick or strum. Work at repeating without looking each time to see how you went and then correcting. You can try practicing in front of a mirror and then try videoing yourself to analyze and correct. So why is your goal is to play without looking? Firstly on the guitar you are coordinating between two hands and relying on your eyes will slow you down. Every chord change and every note would require you to be checking each hand. The second reason you want to feel and listen to what you are playing and that is best done using your ears not your eyes. The third reason is that hopefully your goal is to play with other musicians and for an audience. You therefore want to keep your eyes available for making eye contact with your band members and your audience. A good way to learn to play guitar without looking at your eyes is to get your teacher to guide you. Eg. Try playing a chord without looking at your fingers and get your teacher to give you feedback as you go. The will help you to develop your mind's eye.

The Voice guitarist Michael Dolce shares his own musical journey

Michael Dolce is one of Australia's busiest session guitarists who is currently part of the 'The Voice' band while also touring with top selling artist Delta Goodrem. I was fortunate enough to catch up with Michael on his current tour with Delta last week and we did a video interview back stage. Some great insights from Michael and I made sure the interview was focused on a guitar student perspective. Check it out. 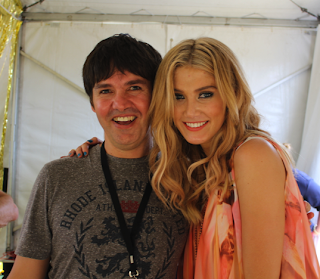 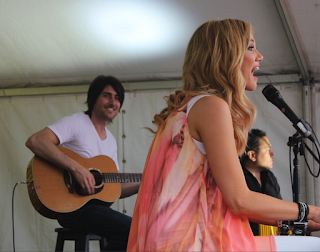 A star is born. Really? I think they are made.

When we think of very talented musicians it is easy to assume they were somehow born with such talents. This theory has little if any evidence but there is plenty of evidence that being born into the right family is a major factor.

Without a doubt Delta Goodrem would be among Australia's top selling artists and I believe holds the record for the highest selling debut album and is a current judge on the top rating TV show The Voice. Well yesterday Delta turned up to Cairns for a promo performance and the guitarist Michael Dolce (also the resident guitarist on the voice) happens to be a friend so I arranged with Michael to do an interview back stage. During the interview Michael revealed that his father was a big early influence on him showing an interest in guitar. Michael's father had a keen interest in music and guitar which resulted in Michael picking up a guitar from a young age.

When Delta arrived backstage I noticed she was accompanied by her mother. Delta even made some references to her mother during the performance and it soon became apparent that Delta's mother was very supportive. I personally don't know the full story but I would guess for Delta to possess the incredible singing, piano and song writing talents at such an early age that her mother played a major role. Delta did start lessons very early and my guess is her mother knew how to recognize good teachers who would be able to coach Delta to become a great all round musician.

The moral to this story is simple. Great musicians are made not born. As parents we can help ignite a musical passion in our children from an early age simply by taking an interest and finding good teachers. School gives children a taste of music but it falls seriously short of any real influence. I understand music lessons may not be affordable for every parent but for those who can it's worth exploring. If you take an active role as a parent the odds are very good that your child will grow to love learning and exploring music. Musical talent is a gift parents can give their children and one that I thank my parents for.

Do you wish you had more time to practice guitar?

Well here is some simple advice. Do it anyway. Stop using the excuse of time. We are all busy these days and yes time is our most precious commodity. Well so we believe. If time is so precious why does the average American household watch more than 6 hours of TV a day? How is it possible for so many people to clock up ridiculous amounts of time on playing video games or to post hundreds of times per week on Facebook? Is time really the issue? As a guitar teacher time or lack of it has been the number one reason students use when they don't do enough practice. I would often catch kids out by asking them to raise their hand if they saw that funny episode this of The Simpsons where Homer does.... Is it a coincidence that those hands tend to belong to the same kids who didn't have enough time to practice. Now adults are no better. In fact children learn from the adults around them. Think about how many times a day you say that you don't have time or are too busy or say that you are in a rush. What's worse is you probably believe it. Learning guitar is not difficult. Spend 30 minutes or more a day doing the exercises laid out in the G4 Guitar Method and it will happen. Avoid making the excuse that you have no time for guitar practice and just do it. It really is that simple. Am I wrong?

The G4 GUITAR METHOD.
For a structured proven method of learning guitar visit www.g4guitarmethod.com
Posted by Guitar Teacher 2019 at 12:51 PM No comments:

What are modes on guitar?

Modes are really quite simple but can also be confusing. In simple terms its like this. In music there are 7 alphabetic letters. A to G. In the key of C the notes are C, D, E, F, G, A & B. The C major scale consists of these 7 notes. A mode is simply the starting point. If you play from C to C (in the key of C) its considered to be the first mode known as Ionian. There are 7 modes because there are 7 different notes or starting points.  Here are the names of the 7 modes along with examples that would match with the key of C.

Let's look at an example. The 6th mode Aeolian is also commonly known as the natural minor scale. The notes are A, B, C, D, E, F, G, A. Try playing on guitar and listen to how it sounds.

For a full explanation please check out the G4 GUITAR Theory Book by emailing g4guitar1@gmail.com.


When we think of the great guitar players like Hendrix, Page, Santana, Gilmore, Van Halen we know they have a unique sound. In each case they played the guitar in their own way. They weren't trying to be the next whoever. Sure they had guitar influences but they followed their own compass. I believe in developing your guitar skills through training but not to be a so called parrot unless that's what you want. Playing a Van Halen solo or a Hendrix solo note for note might impress me for 2 minutes but it doesn't move me. I want to hear your guitar voice. This is hard for many people to do because we feel exposed. We know people approve of Hendrix but will they like my sound? The trick is not to worry about it. Just be yourself and keep developing your skills and eventually you will find your sound and if you perform often enough you will also find your audience. This for many musicians is the biggest challenge. Great skill combined with a unique creative approach is what creates a Hendrix. And perhaps a degree of self confidence.

The G4 GUITAR METHOD.
For a structured proven method of learning guitar visit www.g4guitarmethod.com
Posted by Guitar Teacher 2019 at 2:41 PM No comments: 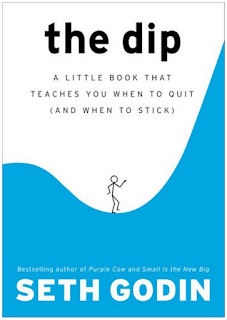 In Seth Godin's book 'The Dip' he describes how the journey to success in just about anything begins with with high hopes but as time passes we go into a dip. As we enter the dip it becomes mentally and sometimes physically challenging to persevere but those few who get through the dip rise to success. The dip theory describes the typical guitar student perfectly. They begin by buying a guitar and the accessories, perhaps a few books, an online guitar course and even booking in for lessons with a guitar teacher. All up the average beginner guitar student will have laid out around $1000 toward learning guitar. The problem is less than 10% will be playing a year laterl but the good news is you can beat the odds. Here is what I discovered from almost 30 years of guitar teaching. Students who stick it out for at least 6 months have about a 50% chance of becoming a long term guitar player but those can hang in there for 12 months have around a 90% chance. These are approximate numbers but the trend is obvious. The longer you stick with it the better your odds are at achieving success. This means it really only takes one year to become a guitarist. It may actually take you years to become the kind of guitar player you dream about but if you get through that first year there is a chance one day you will get there. What I will add is that after that first year it becomes less about the destination and much more about the journey. My advice to the beginner guitar student is simple. Commit for one full year. Find a teacher and pay for a full year of lessons. Mark on your calendar the anniversary and commit to practicing every day until that date. If you can't do this you are better off not starting at all. You will waste valuable time and money. Learning guitar is not something you try to see if you like it. There will be plenty of days you don't like it and will want skip practice or will want to quit. Making a one year commitment is being fair on yourself. If one year is the point of no return why not drop the excuses and just do it. Let me know how you go.